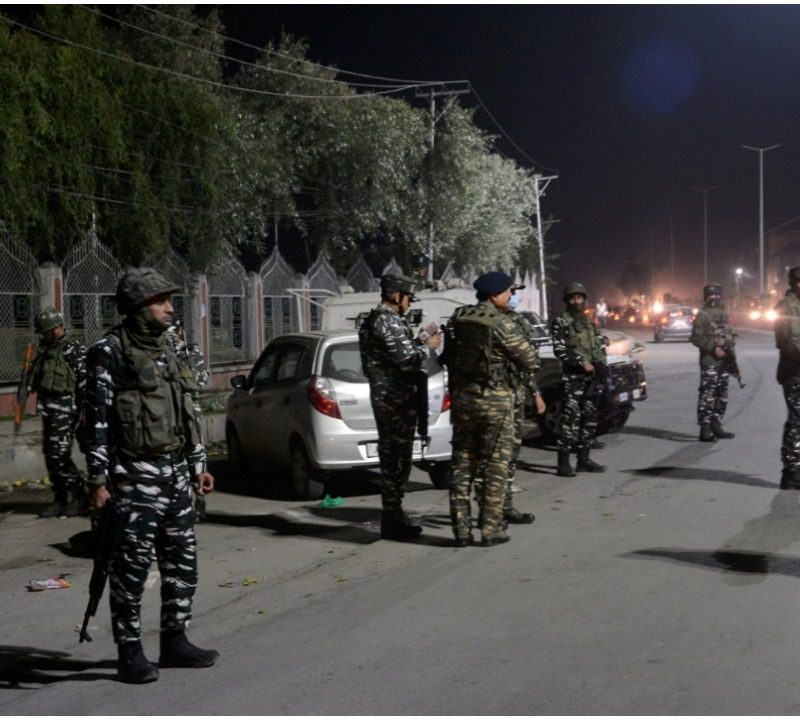 Srinagar: Two terrorists affiliated with the terror outfit Ansar Ghazwat-ul-Hind (AGuH) and were involved in the killing of migrants, was killed in an encounter by Jammu and Kashmir Police in the Nowgam area of Srinagar late Wednesday night.

After getting specific input on the presence of terrorists, a joint operation was launched by Jammu and Kashmir Police and Indian Army in Nowgam area on Wednesday evening.

According to Police, the neutralised terrorists were affiliated with the terror outfit Ansar Ghazwat-ul-Hind (AGuH) and were identified as Aijaz Rasool Nazar of Pulwama and Shahid Ahmad alias Abu Hamza.

“The neutralised terrorists were involved in the recent terror attack on an outside labourer namely Muneer ul Islam from West Bengal on September 2 in Pulwama,” said Additional Director General of Police, Kashmir Vijay Kumar.

Police recovered an AK Rifle, two pistols and other war-like stores from the spot.

The Lt Governor, who is on a two-day visit to Poonch, undertook a first-hand assessment of the situation at the Line of Control (LoC) and forward areas at the border village Degwar Terwan in Poonch.He was accompanied by Chief Secretary Dr Arun Kumar Mehta; Brigadier Rajesh Bisht; ADGP Jammu, Mukesh Singh; DIG and other senior officials of civil administration and the army.

Sinha was briefed on the overall security situation prevalent on the Line of Control, development works in the border villages by the army, counter-infiltration grid and operational preparedness.

While interacting with the officers and personnel of the Armed Forces, the Lt Governor, commended them for their selfless service in challenging situations. He appreciated the excellent synergy between civil administration, J-K Police, army and other security agencies.