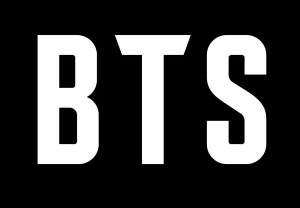 Upset Hindus are urging popular South Korean boy band BTS to withdraw its yoga teaser posted on October four, not to trivialize revered system of yoga in its upcoming series airing on October 11, and apologize.

Distinguished Hindu statesman Rajan Zed, in a statement in Nevada (USA) today, said that this teaser unnecessarily and unreasonably trivialized the ancient and serious discipline of yoga, handling it with a flippant attitude; which was highly inappropriate and could be upsetting for the serious and genuine seekers and devotees.

Zed, who is President of Universal Society of Hinduism, pointed out that yoga, which found reference in world’s oldest extant scripture Rig-Veda and other early Hindu texts, was a hugely esteemed practice which transformed the individual. Handling it frivolously for mercantile greed was distinctly improper.

Rajan Zed indicated that yoga was considered union with God; and mean for transforming consciousness, purification of the Self, and attaining liberation. It involved withdrawal and its objective was the state of blissful liberation.

Zed noted that yoga, referred to as “a living fossil” was highly venerated in Hinduism, and deserved more seriousness and respect. It was actually a profound mental and physical discipline by means of which the human-soul (jivatman) united with universal-soul (parmatman).

Rajan Zed further says that some sages have described yoga as the silencing of all mental transformations, which leads to the total realization of the Supreme Self. Some have used yoga attempting to gain liberation by removing all sensory barriers. According to Patanjali, author of the basic text, the Yoga Sutra, yoga is a methodical effort to attain perfection, through the control of the different elements of human nature, physical and psychical.

It was insensitive on the part of BTS to ridicule an ancient and esteemed practice of yoga for its self-serving agenda. Musical ensembles should not be in the business of mocking serious spiritual practices, Zed added.

Rajan Zed stated that Hinduism was the oldest and third largest religion of the world with about 1.2 billion adherents and a rich philosophical thought and it should not be taken frivolously. Practices/concepts/traditions of any faith, larger or smaller, should not be inappropriately ridiculed for commercial or other agenda, as it hurt the devotees.

BTS, an acronym of Bangtan Sonyeondan or “Beyond the Scene,” is a Grammy-nominated South Korean group which debuted in June 2013. It has 20 million followers on its Facebook page. This upsetting about 42-seconds teaser is for “Run BTS! 2022 Special Episode – Fly BTS Fly Part 0″.