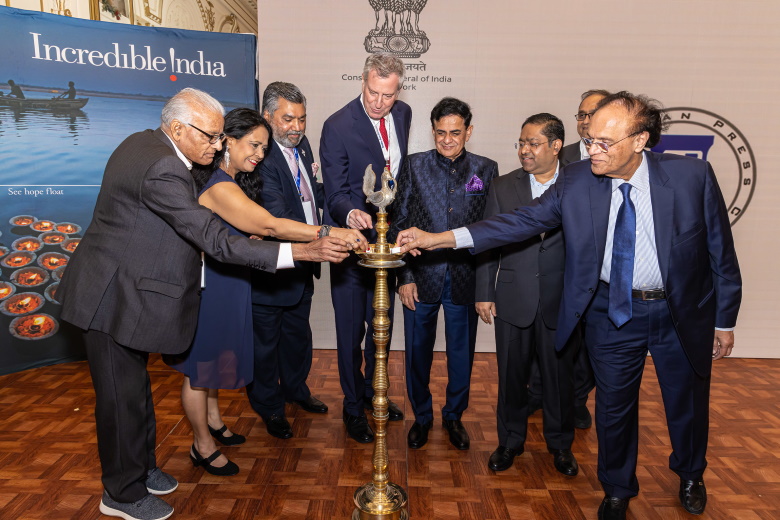 New York: The Indo-American Press Club, the largest organization of Indian descent journalists and media persons working across North America, organized the swearing-in ceremony and inauguration of new office bearers for the years 2022-2024 on Saturday, May 21st during a solemn induction ceremony, organized at the Indian Consulate in New York.

Kamlesh C. Mehta was administered the oath of office as the Chairman of the IAPC Board of Directors by Ambassador Randhir Jaiswal, Consul General of India in New York, while Ginson Zachariah, Founding Chairman of IAPC adminitsred the oath to IAPC’s new President Aashmeeta Yogiraj, while IAPC General Secretary CG Daniel and several others were given the oath virtually.
Four distinguished and accomplished community leaders/professionals were honored with the Lifetime Achievement Awards for their accomplishments and contributions to the larger society.

Ambassador Randhir Jaiswal, Consul General, was the chief guest, while New York Mayor De Blasio was the Special Guest of Honor during the ceremony. Mayor De Blasio presented award to Pamela Kwatra, a trailblazer and the only Indian American woman recipient of the prestigious Ellis Island Medal of Honor award in 2008, Pam Kwatra. She has a proud record of civic-social and professional accomplishments and recognition. 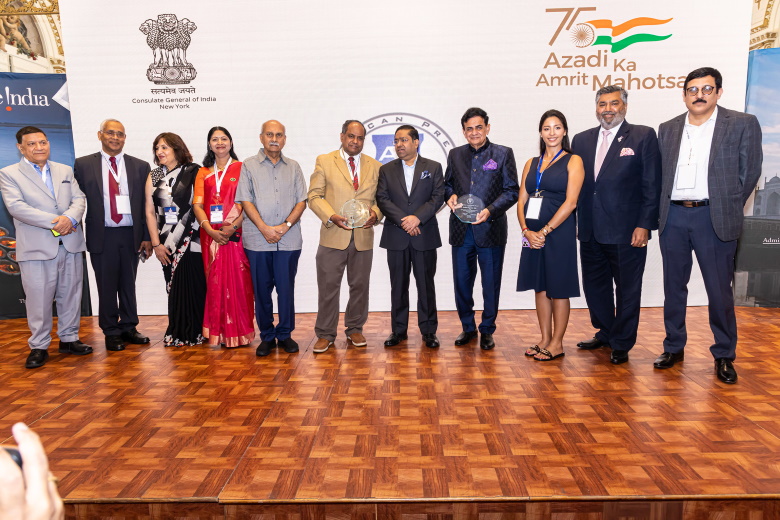 Dr. Anupama Gotimukula, the only 4th Woman elected to be the President of American Association of Physicians of Indian Origin in its nearly four decades-long history was honored fgor her visionary leadership of AAPI benefitting AAPI members and the larger societies in India and the United States.

Dr. Thomas Abraham, who has been honored with the Bharatvanshi Gaurav Award of Anthar Rashtriya Sahayog Parishad and Pravasi Bharatiya Samman for his services to the NRI/PIO communities for the last 49 years since he moved to New York as a graduate student at Columbia University, was another awardee whom IAPC honored today.

The other honoree whom IAPC recognized today was Sudhir M. Parikh, M.D., a physician by profession and currently the Chairman and Publisher of Parikh Worldwide Media Inc., the largest Indian-American publishing group in the United States, and Chairman of ITV Gold, a 24×7 TV news channel, and is one of the most honored Indian Americans with Padma Shri and Pravasi Bharatiya Samman, and the Ellis Island Medal of Honor. 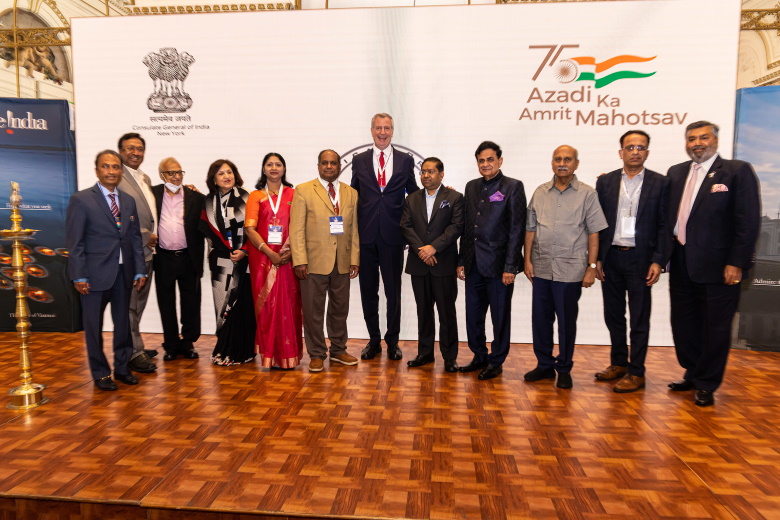 Special Recognition at the event was given to: Ambassador Randhir Jaiswal, Consul General of India in New York for his vision, dedication and community service; Mayor Bill De Blasio, Former Mayor Of New York City, for Excellence in Public Service and Leadership; Dr. Prabhakar Kore, Member of Parliament, India, for his distinguished services in Education and Public Services; and Kevin Thomas, New York State Senator For excellence in Community Service and leadership.

In his address, while highlighting the many recent initiatives of the Government of India to lead India to prosperity and strength, Ambassador Jaiswal praised IAPC for its “significant contribution to promoting India-US friendship and the welfare of Indian diaspora in the United States. It has brought together people from the diaspora media fraternity under a cohesive umbrella so that the voice of the community could be heard in a meaningful manner. We look forward to their continued support to bring developments from India to the readers in the US and carry all the excitement from the United States to the people of India. I invite Indo American Press Club to join hands with us in celebrating India@75, our Azadi Ka Amrit Mahotsav. I wish the Club steady growth, progress and success,” he said. 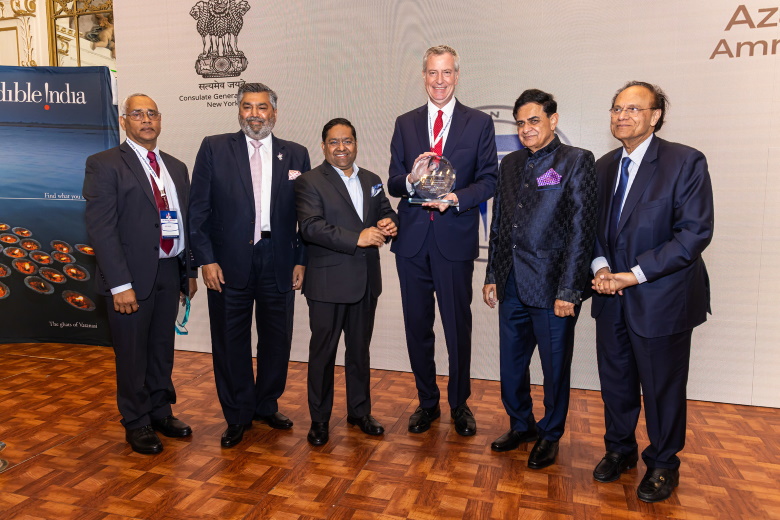 Former NYC Mayor Bill de Blasio, while congratulating Pam Kwatra on receiving the Lifetime Achievement Award, described her as a trailblazing businesswoman, a community leader, and a political force with executive chops. No wonder she worked with elan on important projects in my administration on my request. I also came to know that her involvement with the community spans across culture, art & literature – preserving and promoting abroad the rich and varied culture of India.” While extending his greetings to IAPC, the Mayor said, “Congratulations are due to IAPC for doing a good job, to Kamlesh Mehta, its new Board Chairman, new committee members and all the honorees. We will continue to support this media organization.”

In his acceptance speech, Kamlesh Mehta said, “These are unprecedented times for journalists and the media, when many have sacrificed their lives in the pandemic. At IAPC, we salute these brave men and women who risk their lives to bring to the world accurate reporting and being an effective voice of the media world. IAPC envisages its vision through collective efforts and advocacy activities through its nearly one thousand members across the US and Canada, by being a link between the media fraternity and the world at large. We will work together with dedication to enhance the working conditions of our journalists, exchanging ideas and offering educational and training opportunities to our members, aspiring young journalists and media professionals around the globe.” 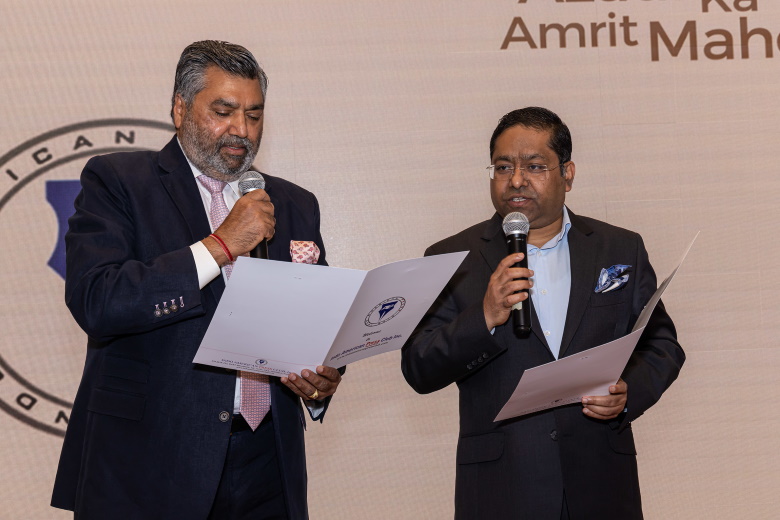 In her presidential address, Aashmeeta Yogiraj, Director – Programming & Marketing, JUS Broadcasting Corporation said, “I t is said that the media is the fourth pillar of democracy. Never was that statement truer than in the times we live in now. While media as an entity has certainly evolved to fit modern times, its invaluable service to society persists. As a member of the media, it is my honor to serve as President of the Indo-American Press Club. I look forward to furthering the principles of democracy alongside the rest of the IAPC leadership and team.” By becoming a member IAPC , she said, You gain “access to a unique professional network, exclusive events with high-profile global influencers, cutting-edge Newswire services and an opportunity to network with others in the media industry.” 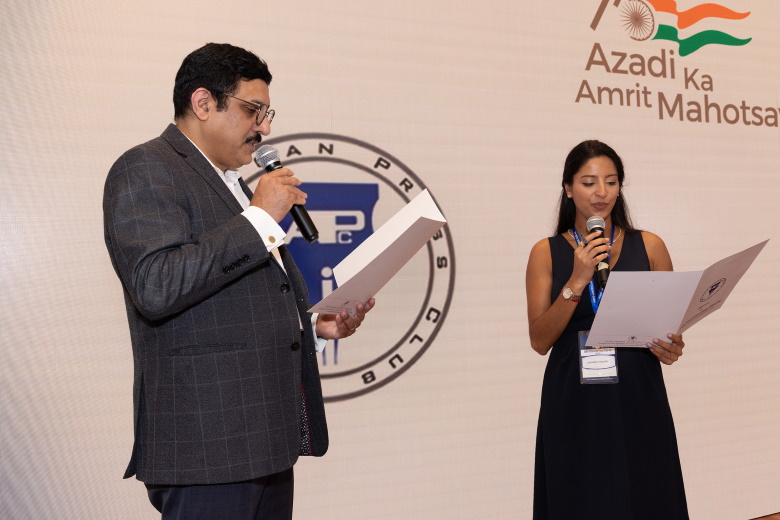 Ginsmon Zachariah, Founding Chair of IAPC BOD said, “Our homeland India is known to have a vibrant, active and free media, which plays a very vital role in the functioning and growth of the largest democracy in the world. And we recognize that as members of the media we have an important role to play in our adopted land. We are aware of our call to be a source of effective communication around the world. We as members of the media realize that we have a role to play in shaping our world to be a just and equitable place where everyone enjoys freedom and liberty.”

Providing the background to the formation of IAPC, Akay Ghosh, Founding President of IAPC said, “We as individuals and corporations that represent the media world, consisting of print, visual, electronic and online, realize that we have a greater role to play. We have been working in this field for decades and often stand alone in a large media world. As individual members of the media, our voice is often drowned in the very large world of multi-media. We lack a collective voice to raise our voice, to pool our talents together and work as a cohesive group to reflect and respond to the challenges of the modern world. IAPC was (IAPC), formed to fill this vacuum, and is committed to strive to be a common platform to raise the voice and explore the possibilities of helping shape the world to be a world that is fair, just and equitable for today and future generations.” 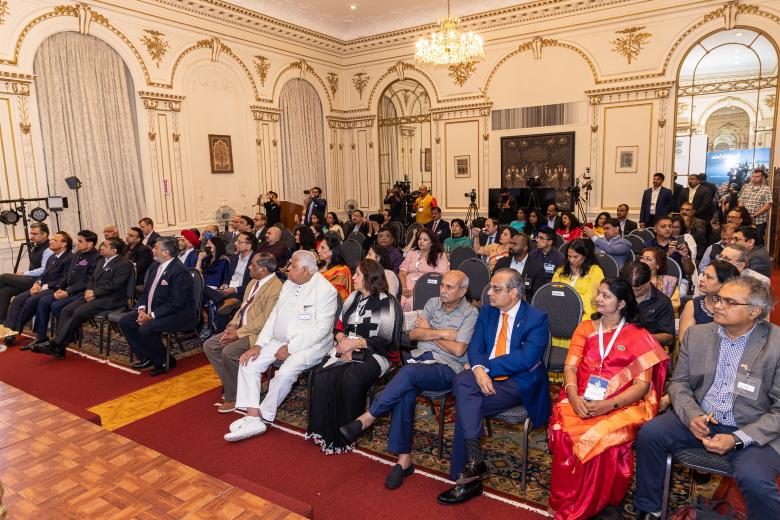 A visual presentation of the Nine Years of IAPC history beautifully presented by Dr. Mathew Joys, IAPC BOD member from Las Vegas and Shan Justus from Texas provided a glimpse of the trajectory of IAPC’s growth since its inception in 2013.

The closing ceremony included scintillating dances traditional folk dances and fast moving Bollywood dances by The Arya School of Dance and was followed by a sumptuous dinner. The hybrid event was also streamed simultaneously on social media platforms.