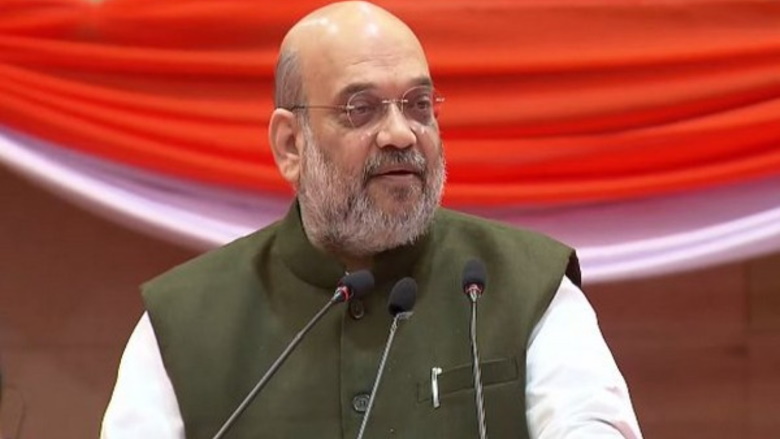 Jaisalmer: Union Home Minister Amit Shah will address the valedictory session of a national-level meeting of the BJP’s OBC Morcha or OBC wing in Jodhpur today. The meet will be held at home turf of Rajasthan Chief Minister Ashok Gehlot.

Shah is also lined up to deliver the inaugural speech at the meeting of the BJP’s booth-level workers in Jodhpur. The home minister arrived at the Air Force station in Jaisalmer earlier on Friday evening. He will interact with BSF officials at the south sector headquarters in Dabla (Jaisalmer) and spend the night at the BSF Officers’ Institute.

Prior to his arrival in Jodhpur, Shah is scheduled to visit the Tanot Mata temple around 10.30 am. He will also lay the foundation stone of border tourism development work at the Tanot premises around 11 am. In Jodhpur, he will address the valedictory session of the BJP OBC Morcha’s national working committee meeting at a city hotel.

Shah will be accorded with a grand welcome. Over 1,500 party workers in saffron turbans on motorcycles will escort him to the venue of the meeting from the airport in the form of a rally, party officials stated.

The national working committee meet of the BJP’s OBC Morcha in Jodhpur is aimed at strengthening the party’s OBC vote bank in the state ahead of the 2023 Assembly elections. Jodhpur is the home town of Gehlot, who also belongs to the OBC category.

The BJP also wants to measure its strength in the state’s western part ahead of the elections. Known locally as Marwar, Jodhpur is the biggest division of Rajasthan and comprises six districts — Jodhpur, Barmer, Jaisalmer, Jalore, Sirohi, and Pali.

Of the 200 Assembly constituencies, 33 are in Jodhpur division, including 10 in Jodhpur district. Of these, the BJP currently holds 14 seats, the Congress 17, while the Rashtriya Loktantrik Party and Independents hold one seat each.

“OBC is a vast community. It is with the BJP ideology. This is for the first time in the BJP regime that we have 27 ministers from this community. Also the OBC commission has been given constitutional recognition by the Narendra Modi government,” Rajasthan BJP chief Poonia said.