The authority has demonstrated to global industry players that sustainability begins with conscious investments in world-class projects that support unique traveller experiences as well as the environment . 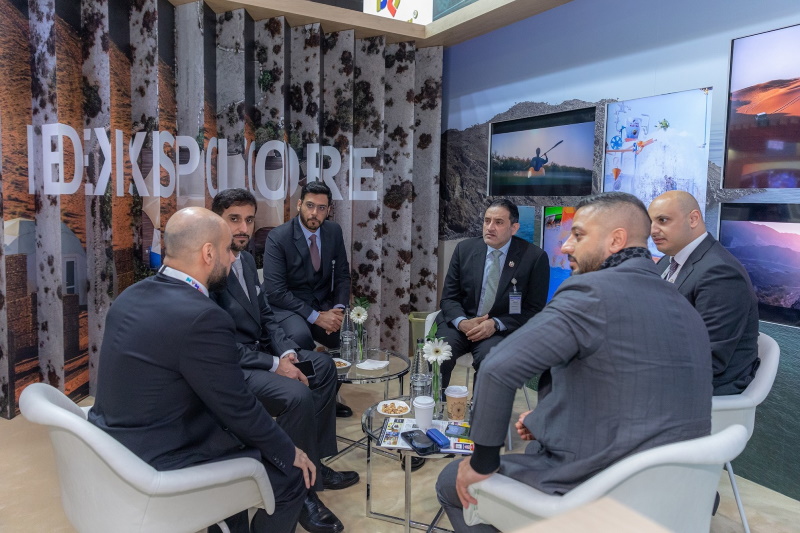 It was a busy three days of networking and exchange for the Sharjah Investment and Development Authority (Shurooq) as they participated at the World Travel Market 2022 held in London this month. Shurooq reinforced its commitment to bringing world-class developments to life while keeping to their ethos of sustainability, in line with Sharjah’s overarching vision of development.

Part of the Sharjah Commerce and Tourism Development Authority (SCTDA) pavilion, Shurooq showcased its world-class portfolio of both upcoming and existing projects. A key highlight of the authority’s participation was a series of networking meetings with a diversity of investors and travel industry stakeholders from the UK, rest of Europe and around the world who expressed keen interest not just in Shurooq’s projects, but their vision, which has been guiding multiple socially conscious investments by the entity and its global partners into developing projects that promote experiential leisure and travel, and at the same time, champion environment protection and sustainability.

The many visitors to the Shurooq stand at WTM 2022 saw clearly how a vision of sustainability was paramount and linked all of the projects that were on display.

This vision, shared by the authority and the Emirate of Sharjah, was made clear by projects that made their debut at this year’s event. Over the years, the authority has expanded its portfolio of projects in different sectors including  leisure; hospitality and tourism; adventure; and culture and heritage. 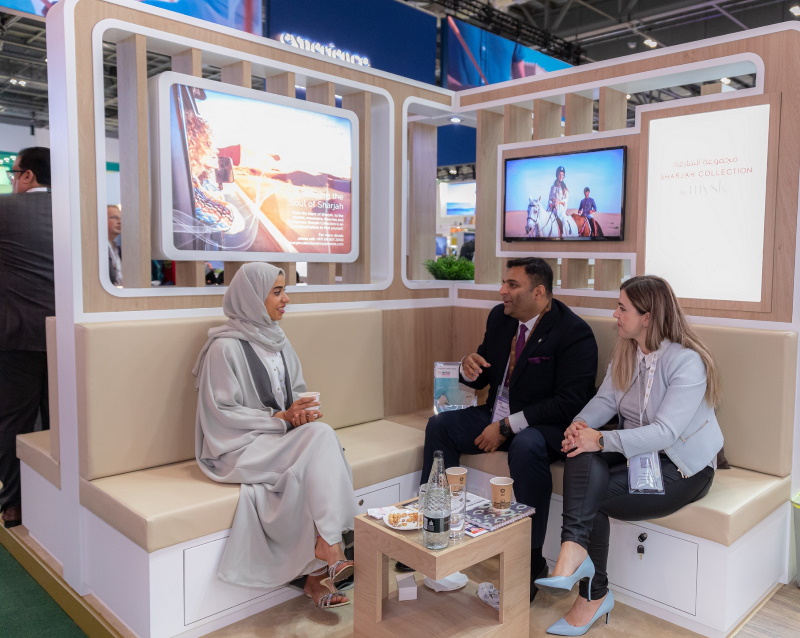 The Shurooq stand showcased the Emirate’s latest developments and upcoming projects, particularly in hospitality and authentic eco-inspired travel, scheduled for completion this year and early next year.

H.E Ahmed Obaid Al Qaseer, Acting CEO of Shurooq, noted: “This year, guests, participants, and industry leaders demonstrated keen interest in Shurooq’s overarching vision, which has been inspired by Sharjah’s ambitions of sustainable development coupled with the commitment to historical restoration and environmental protection. These themes echo not only in our design, selection of construction materials, and so on, but run through guest experiences as well. Most, if not all, our heritage hotels and eco-retreats testify to the fact that we have taken significant steps to make guest stays more eco-friendly and sustainable.”

Projects showcased at WTM 2022 in London that put Sharjah’s eco-tourism offerings on the map and included Mysk Nomad, a trailer experience on Al Hamriya Beach; Mysk Al Badayer Retreat – a picturesque retreat amidst the sweeping dunes of central Sharjah’s Al Badayer desert; Mysk Moon Retreat – an eco-friendly glamping destination in Sharjah’s Mleiha region; Mysk Al Faya Retreat; a luxury retreat in the Mleiha region transformed from a clinic and grocery store in the 1960s, which were located next to UAE’s first petroleum pumps into a saltwater spa; and Mysk Kingfisher Retreat, in Kalba’s Mangrove reserve, one of the most diversified eco-systems in the UAE. All those projects are under Shurooq’s Sharjah Collection, managed by ‘Mysk by Shaza.’ 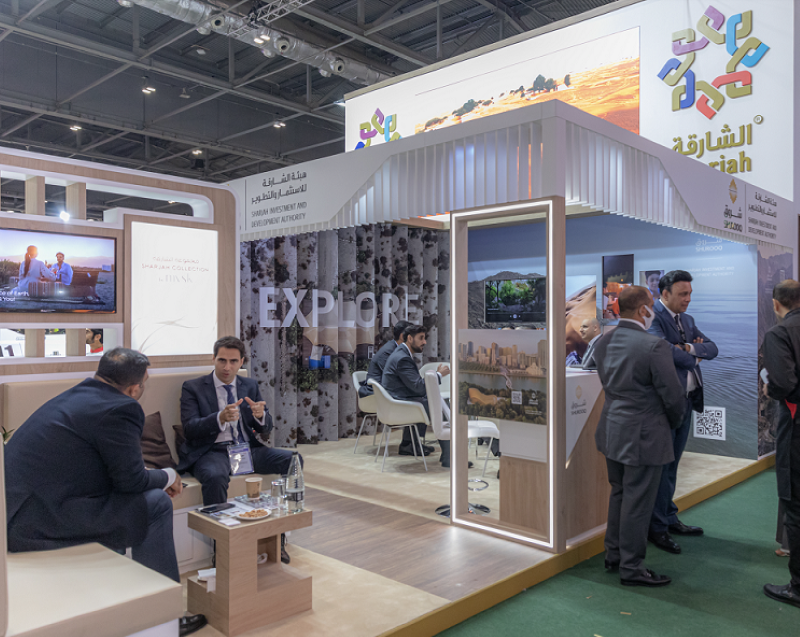 More heritage and eco-inspired projects by Shurooq were showcased at WTM including Heart of Sharjah, a historical preservation and revitalisation destination that is enhancing the heritage district, and weaves Sharjah’s contemporary life with the rich traditions of its past.

In addition, Shurooq also presented The Serai Wing, Bait Khalid bin Ibrahim – a pearl merchant’s 19th century family home in the Heart of Sharjah, which will be converted into a modern 12-key boutique wing of The Chedi Al Bait, Sharjah; and the Mysk Najd Al Meqsar Village, which will feature 13 heritage-style units that are built on the foundations of 100-year-old houses in the mountainous terrains of the picturesque coastal city of Khorfakkan.

The House of Wisdom, a futuristic hub of learning, that is enabling residents and visitors of all ages to immerse themselves in learning, sharing, creating, and accessing knowledge, was also showcased by Shurooq at WTM 2022. 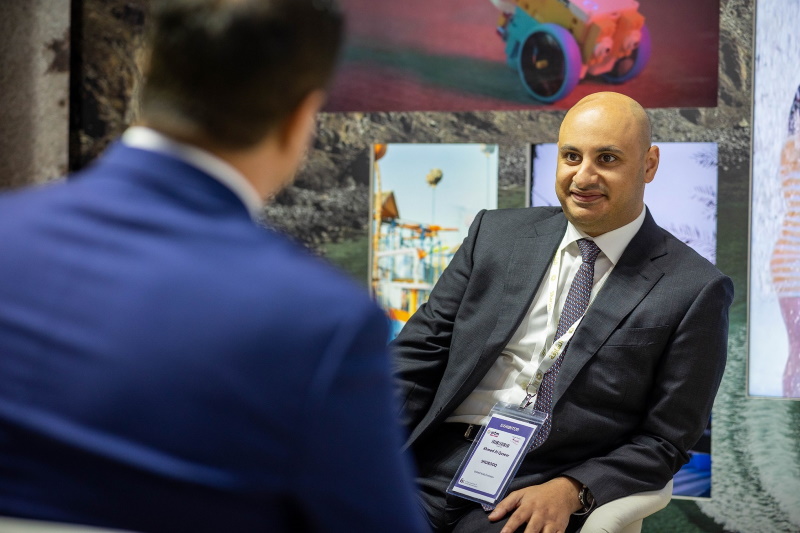 A new adventure project in the Eastern area of Khorfakkan adjacent to the spectacular Soueifa mountain, which is being developed by Shurooq to build on its expansive portfolio of integrated projects and is set for completion in 2024, was also a highlight of the WTM 2022 showcase.

New entertainment destinations, Al Hirah Beach and the extension of Khorfakkan Beach, and the popular Al Montazah parks were featured alongside the Mleiha Archeological and Eco- Tourism Project and Al Noor Island, two projects with which the entity has set a regional example of giving people access to unspoiled nature in the heart of a lively city.

How Shurooq has employed site-responsive criteria to govern its project designs, leveraged innovative technologies to offset a portion of its carbon footprint, and made key architectural interventions when re-imagining its chosen sites and its existing structures were also aspects that WTM 2022 attendees were keen to know more about.