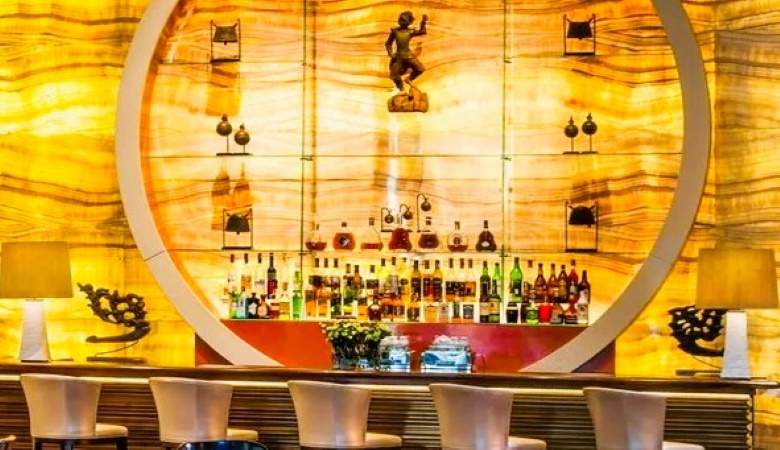 Distinguished Hindu statesman Rajan Zed, in a statement in Nevada (USA) today, said that Lord Hanuman was highly revered in Hinduism and was meant to be worshipped in temples or home shrines and not for selling liquor and beef. Inappropriate usage of sacred Hindu deities or concepts or symbols or icons for mercantile greed or other agenda was not okay, as it hurt the devotees.

Zed, who is President of Universal Society of Hinduism, also urged Kempinski Hotels and its CEO Bernold Schroeder to offer a formal apology; besides changing the name of Hanuman Bar.

Selling beef and liquor in the name of a Hindu deity was a desecration. Cow, the seat of many deities, was sacred and had long been venerated in Hinduism. Hanuman Bar also concocted a martini and gave it the name Hanumantini, which included Vodka. Kempinski, which claimed of “people-centred principles”, should have shown some maturity when naming a bar; Rajan Zed indicated.

Luxury hotels should not be in the business of religious appropriation, sacrilege, and ridiculing entire communities. It was deeply trivializing of the immensely venerated Lord Hanuman to be treated like this; Zed emphasized.

Hinduism was the oldest and third largest religion of the world with about 1.2 billion adherents and a rich philosophical thought and it should not be taken frivolously. Symbols of any faith, larger or smaller, should not be mishandled; Rajan Zed noted.

Zed further said that such trivialization of a greatly venerated Hindu deity was disturbing to the Hindus. Hindus were for free artistic expression and speech as much as anybody else if not more. But faith was something sacred and attempts at trivializing it were insensitive, Zed added.

In Hinduism, Lord Hanuman is known for incredible strength and was a perfect grammarian.

Headquartered in Geneva and Munich, Kempinski, hoteliers since 1897 with reportedly about 81 hotels around the globe, claims to be “Europe’s oldest luxury hotel company” and also claims that their bars “are the epitome of elegance”. Siam Kempinski Hotel Bangkok describes itself as “five-star luxury resort-inspired haven”.